Where Does the Funding Come From?

PRWF first formally defined our mission in 1998 when applying to the IRS for tax exemption as a 501(c)3 organization. The mission was and is conservation of wildlife habitat with a commitment to preserving public access. Locating properties in our part of Maine with the desired conservation characteristics was not difficult.

The next step was meeting with the landowners to explain our goals for the future and ask them to sell their property to PRWF for the long term conservation of rare and precious wildlife habitat. The final step was securing the funding to be able to make those purchases.

Funding our projects has always required multiple funding partners, each cooperatively pulling on the traces to help get the job done. A typical PRWF purchase includes governmental funding (federal and/or state), Non-Governmental Organization (NG0) grants, bargain sale donations of land or land value from landowners and contributions from private individuals.

Each of the major funders expects us find other partners who will share the financial load and demonstrate the depth of communal commitment to a project. Formally, this concept is called providing “match”. A large governmental grant, for example, might cover $100,000 of a $300,000 project. The $100,000 grant would only be awarded if other funders contributed the other $200,000. The grant would thus have a 2:1 “match” requirement.

Our federal grants have come from the U.S. Fish & Wildlife Service (FWS) which is the agency committed to “Conserving the Nature of America” and whose primary responsibility is the “management of fish and wildlife for the American public.” FWS has a number of different grant programs and PRWF has received multiple North American Wetlands Conservation Grants, both Standard (Large) and Small. PRWF has also received funding from multiple Coastal Wetlands Grants, grants to the State of Maine in support of our projects with PRWF the designated “subgrantee”.

Our primary State of Maine funding has come from the Land For Maine’s Future Program which is the State’s “primary funding vehicle for conserving land for its natural and recreational value”. PRWF has also received support from the Maine Natural Resource Conservation Program for protecting an important property in tidal Indian River.

In addition to governmental grants PRWF has had outstanding help from a number of NGO’s – Elmina B. Sewall Foundation, Open Space Institute, Bonnell Cove Foundation, Fields Pond Foundation, William P. Wharton Trust, Amelia Peabody Foundation, Davis Foundation among others. We have also had support from Ducks Unlimited and Delta Waterfowl, two prominent national organizations which focus on the preservation of habitat for waterfowl.

Most importantly, no purchases would have been possible without the commitment of our landowners to conservation. Many sold their properties to PRWF at far less than market value. Their generosity greatly increased the leverage of our efforts. Directly, it meant that PRWF did not need to raise as much cash for each purchase so our funding in total could do more. Additionally, the amount of the bargain sale (the difference between the appraised market value and the agreed selling price) was doubled or tripled in value because it counted towards the matching funds required to trigger all governmental and many NGO grants.

And since the very beginning PRWF has been fortunate to be supported by private individuals, both among our Board members and our many conservation-minded friends, who have stepped up and made vital cash donations in times of need.

Many thanks to everyone!! 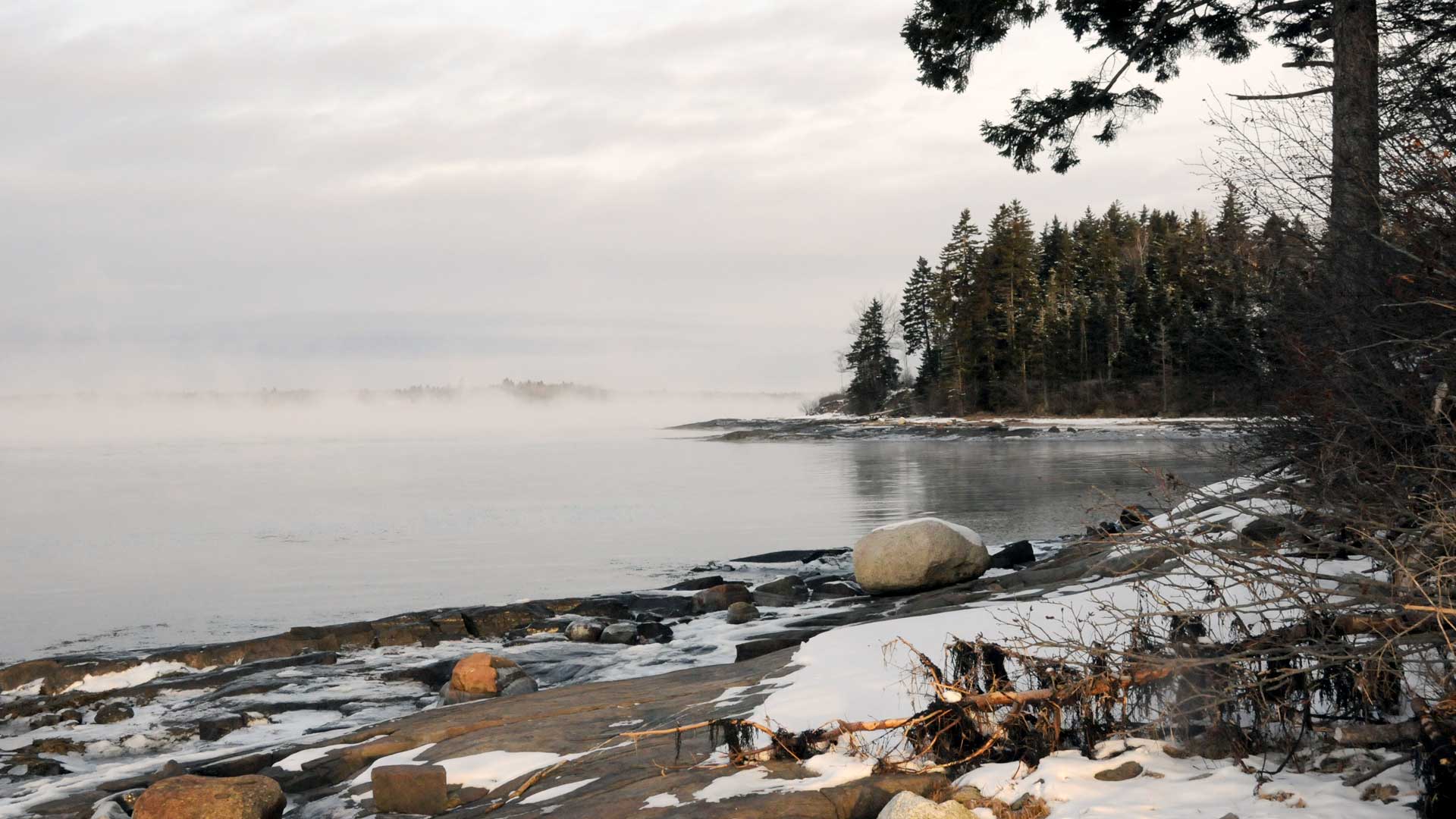 This cove is at the northern end of the Pleasant Bay Wildlife Management Area, a joint project of PRWF and the Maine Department of Inland Fisheries and Wildlife. This was PRWF’s largest project, both in the area protected and in the funding required. The project was launched in early 2010 and the last of the properties was transferred to MDIFW at the end of 2016.