The creation of the Pleasant Bay Wildlife Management Area was a cooperative effort between Pleasant River Wildlife Foundation and the Maine Department of Inland Fisheries and Wildlife. The PBWMA is now owned by the State of Maine and managed by MDIFW. For more information on the PBWMA contact the Jonesboro MDIFW office at 207-434-5927.

During the first twenty years that the founders of the Pleasant River Wildlife Foundation lived in Addison they purchased over 500 acres of undeveloped uplands and 300 acres of abutting wetlands on the eastern shore of the Pleasant River. They knew that the land included important wildlife habitat and that it was important that the land be permanently protected. In 1998 they created the Foundation to conserve, restore and improve habitat for wildlife with a primary emphasis on waterfowl habitat. Over time they hoped to expand the protected area.

By the end of 2007 PRWF had purchased five additional Pleasant Bay properties and had identified a number of other potential purchases. As the scope of the project continued to grow the PRWF Board realized that eventually the Foundation would need to find a larger and more enduring organization to own and manage the expanding array of Pleasant Bay properties and to protect them “in perpetuity”.

In 2008 discussions were initiated with Maine’s Department of Inland Fisheries and Wildlife to see whether the Department would take over the project. It took a while to get full agreement but in March of 2010 the parties signed a Memorandum of Understanding to create the Pleasant Bay Wildlife Management Area to be owned and managed by MDIFW. This agreement outlined the objective – “to maintain or create the highest quality upland and wetland wildlife habitats possible…to allow public access and recreational activities when it does not conflict with wildlife management objectives, including hunting, trapping and fishing and non- consumptive uses”.

Under the agreement it was PRWF’s responsibility to negotiate with sellers, purchase the properties and to pay for the expenses associated with the purchases, including legal fees, surveys, and environmental assessments. PRWF would also raise the money, much of which would come from State and Federal conservation grants. Writing and submitting multiple grants was a massive undertaking but over the next four years PRWF successfully submitted two federal Coastal Wetlands grants that were exclusively for the PBWMA, three NAWCA regional grants that included funding both for the PBWMA and for our Heads of the Estuaries partners in broader regional efforts and a large Land for Maine’s Future Program state grant. Significant grants from non-governmental organizations were also received and land owners made outright donations of land or sold their properties for prices well below market value reducing the amount of cash required to complete the project.

Over the same period that PRWF worked on funding the PBWMA it finalized deals to acquire properties south along Pleasant Bay as far as the southern shore of Ports Harbor and added properties in the inland area known as Lily Pond Meadows. We were thrilled that at the end landowners made a huge contribution to conservation selling their properties at substantially less than appraised value.

PRWF transferred the first properties to MDIFW in 2012 and in December 2016, six years after agreeing on the plan with MDIFW, conveyed the final properties. The PBWMA has over 7 miles of frontage on Pleasant Bay and almost 2,000 acres of wildlife habitat that include 590 acres of salt and freshwater wetlands. 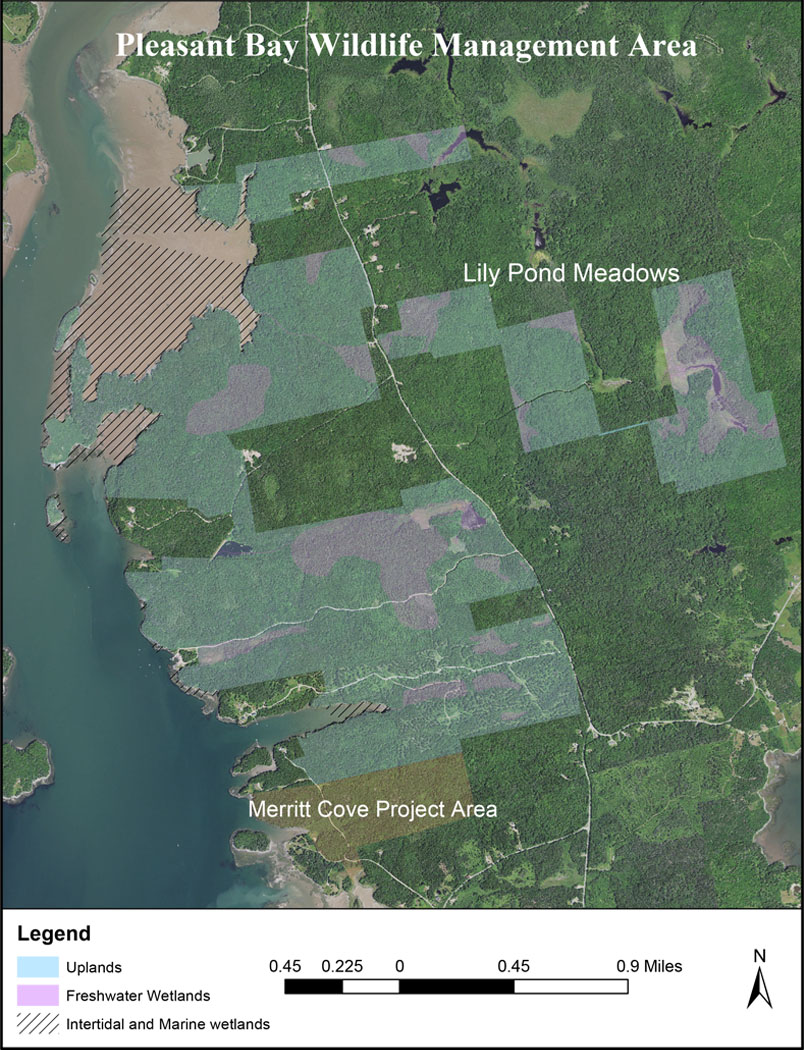 Given the extent of the PBWMA it should not be a surprise that the habitat is varied. To showcase the different habitats we have arbitrarily divided the PBWMA into three sections. The northern section of the PBWMA is dominated by Long Cove (sometimes called Three Brooks Cove. The southern section extends from Big Dick to the southern shore of Ports Harbor. The third section is the freshwater wetland area east of the East Side Road and known locally as Lilly Pond Meadows.

The Northern Section of the PBWMA is dominated by Long Cove. There is only one property with frontage on the cove that is not part of the PBWMA. This is a shallow cove of about 200 acres in extent. At low tide the water drains from the cove exposing a large area of mud flats. Eel grass beds serve as nursery, habitat, and feeding areas for many fish, invertebrates and other wildlife, including commercially valuable fish and shellfish. The cove provides important staging areas for major concentrations of shorebirds during autumn migration and provides valuable habitat for numerous tidal wading bird and waterfowl species.

There is some clamming in the cove and it is a particularly good source of marine worms which are harvested for bait. The land along the shore gently slopes upwards away from the cove. Eagles have nests in the adjacent uplands and peregrine falcons, once almost extinct, have returned to hunt here. The photo below shows Long Cove at low tide. The green tinge is the eel grass.

In the Southern Section of the PBWMA the shore is rocky and some of the cliffs rise almost 200 feet above the Bay. During the late 1800’s the Pleasant River Granite Company quarried the high quality black granite and shipped it by schooner to places like Washington D.C. where it was used for improvements to the capitol grounds. A small town, called Dalotville grew up around the quarry and included a boarding house for the workers. From the high ground long the shore there are spectacular views over Pleasant Bay and the nearby islands. There are almost no inter-tidal wetlands and but the uplands provide habitat for a healthy deer population and for other local mammals. There are two man-made ponds in this section of the PBWMA. 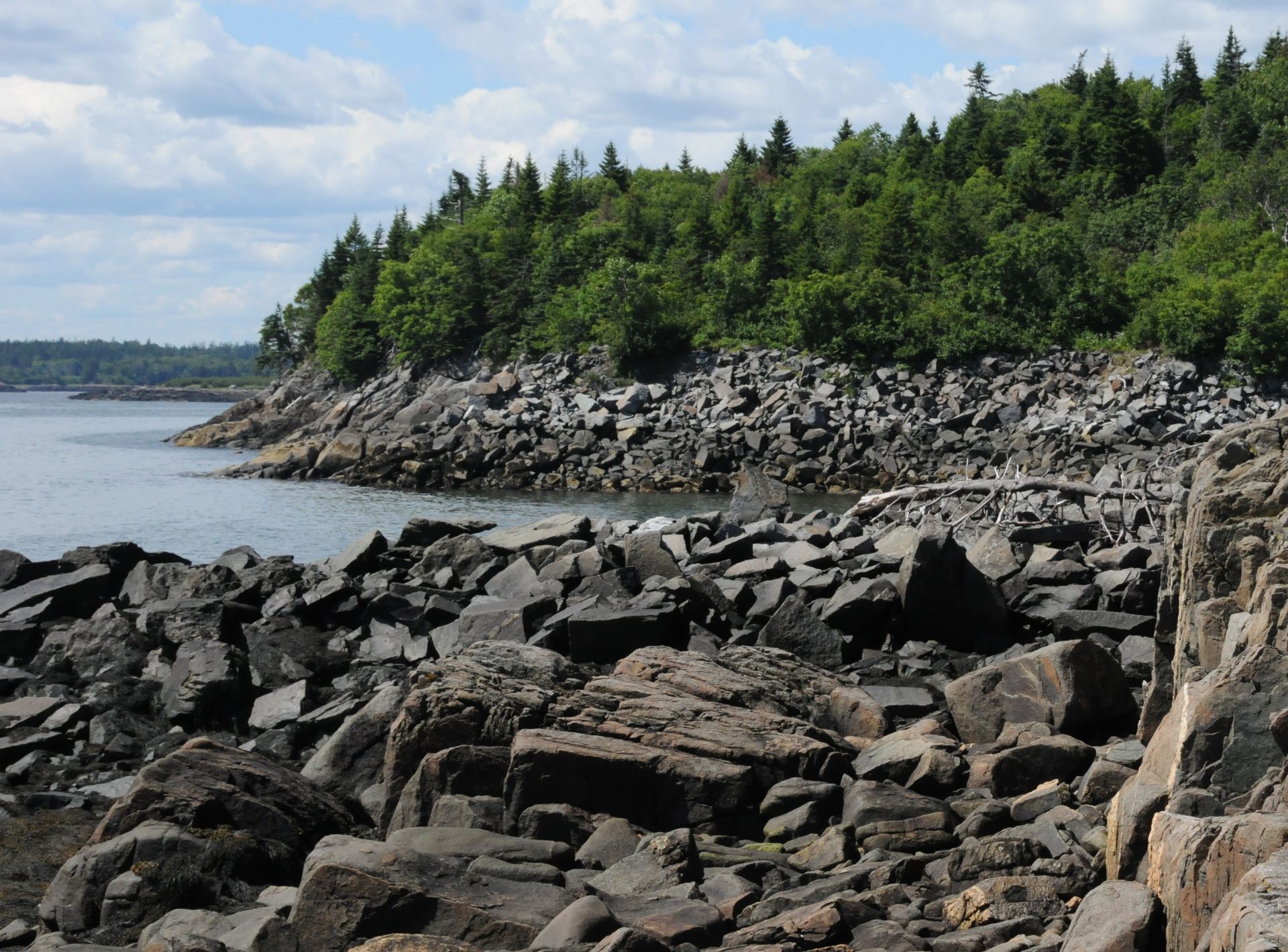 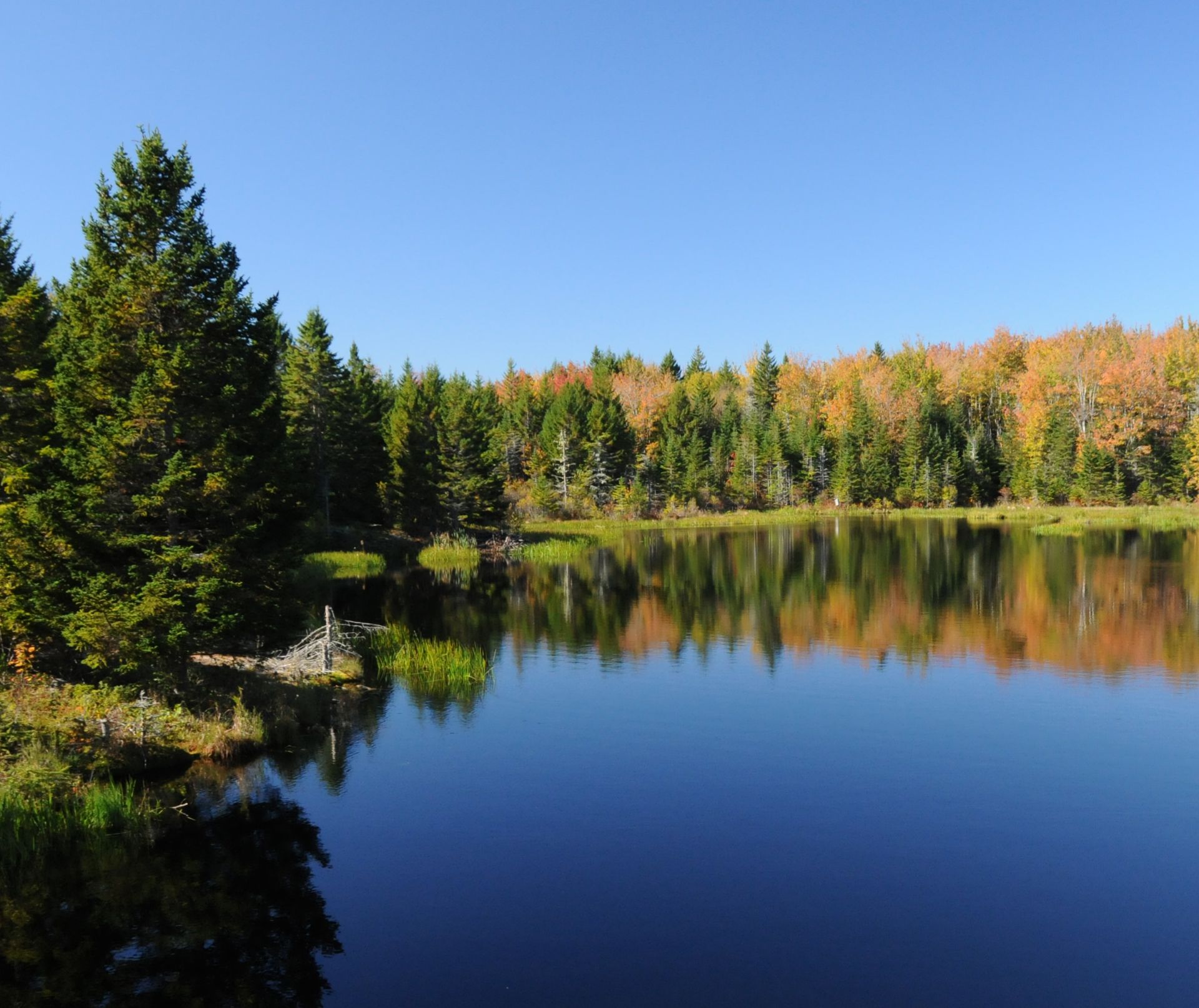 Lily Pond Meadows comprises over 400 acres on the east side of the road from Addison to South Addison. Over the past 10 years houses have been built along the main road but back from the road there is a large area of undeveloped woodlands that is dotted with freshwater wetlands where ducks nest in the spring and where deer hunters have small camps where they spend much of November hoping for the big bucks. Roads, originally cleared to harvest wood, provide wonderful opportunities for hiking in the summer and snowshoeing or skiing in the winter. 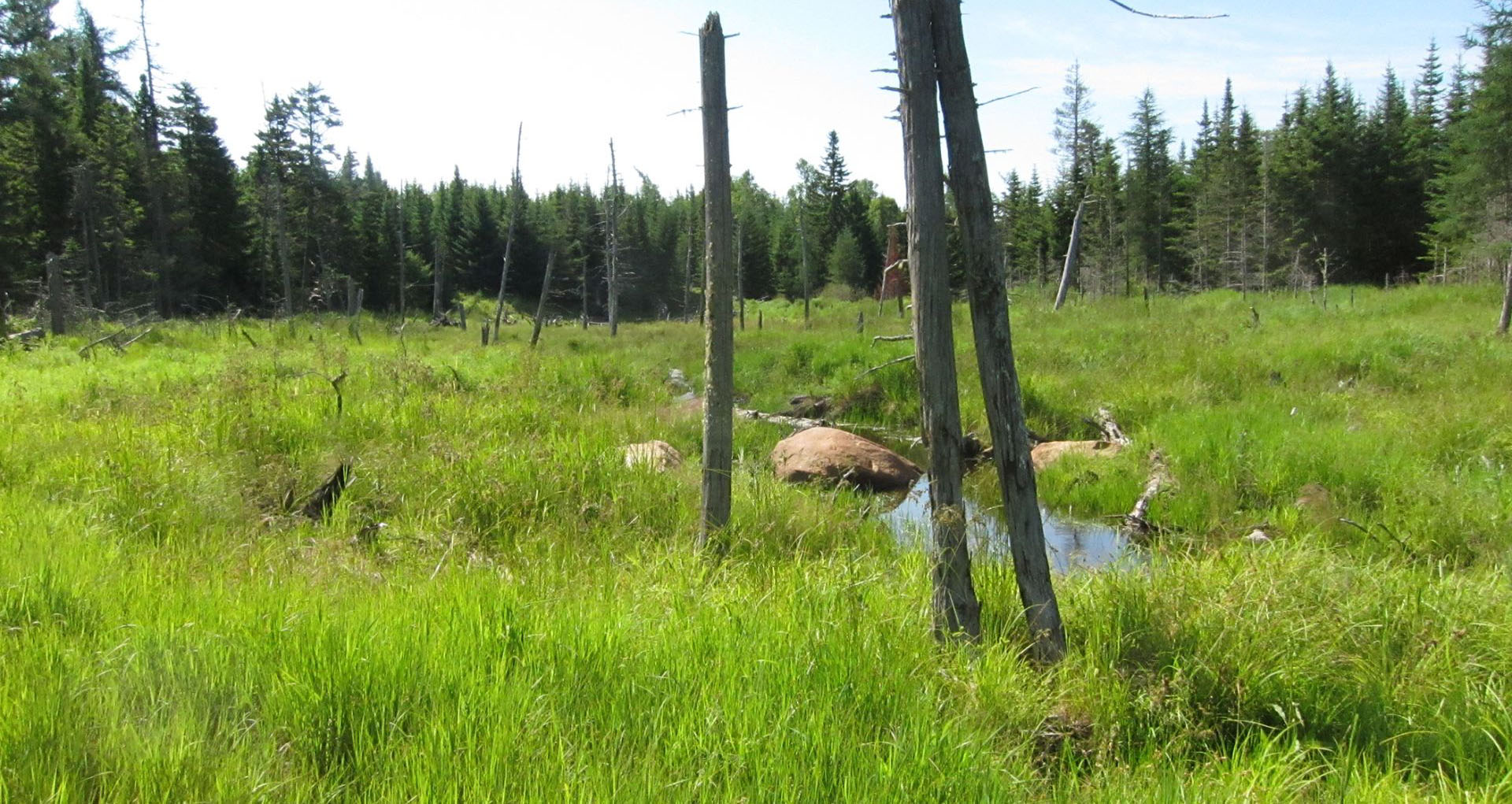 Other benefits: With almost seven miles of shoreline the PBWMA provides essential habitat for shorebirds, waterfowl and wading birds where they can feed and rest undisturbed. The over 1,300 acres of essentially contiguous uplands are home to many mammals including deer, bears, foxes and the occasional moose. While the primary purpose of any Wildlife Management Area is to benefit wildlife it also benefits people by providing access to the shore. Though motorized vehicles are not permitted walkers, skiers, birdwatchers and hunters can still access the PBWMA on foot.