Conservation biologists and others recognize that coastal habitats in the Bay of Fundy and northeastern Maine may be the most important southward staging areas for migrating shorebirds in eastern North America.

Once shorebirds complete their nesting season in sub-Arctic Canada, they migrate south. Tens of thousands of shorebirds stop in our coastal wetlands to fatten up in preparation for non-stop, energy-demanding migrations, some spanning over 2,000 miles across the ocean to South America.

Eastern Maine’s southward shorebird migration extends from early July to the end of September, with a few species straggling on into October and November. According to the Maine MDIFW “An individual shore bird only stays on the staging area between 10 and 20 days. In that short period of time, that bird must double its body weight to acquire the fat reserves needed to fuel the next leg of its migration, a nonstop, over the ocean flight to South America. Once over the ocean, the birds are committed. If they do not have the reserves to reach South America they plummet into the sea or may reach their wintering areas only to die shortly after.”

Downeast Maine’s region of coastal bays and estuaries extending from the Narraguagus River estuary to Cobscook Bay provides internationally significant feeding and roosting habitat for 35 of 38 priority species of shorebirds identified in state and federal migratory bird plans, including:

While some populations of shorebirds are doing well, the majority of populations are declining, some dramatically. Declining species that regularly use Maine's migratory staging areas include the Black-bellied Plover, Semipalmated Sandpiper, Least Sandpiper, Short-billed Dowitcher, Ruddy Turnstone, Whimbrel, Red Knot and Dunlin. 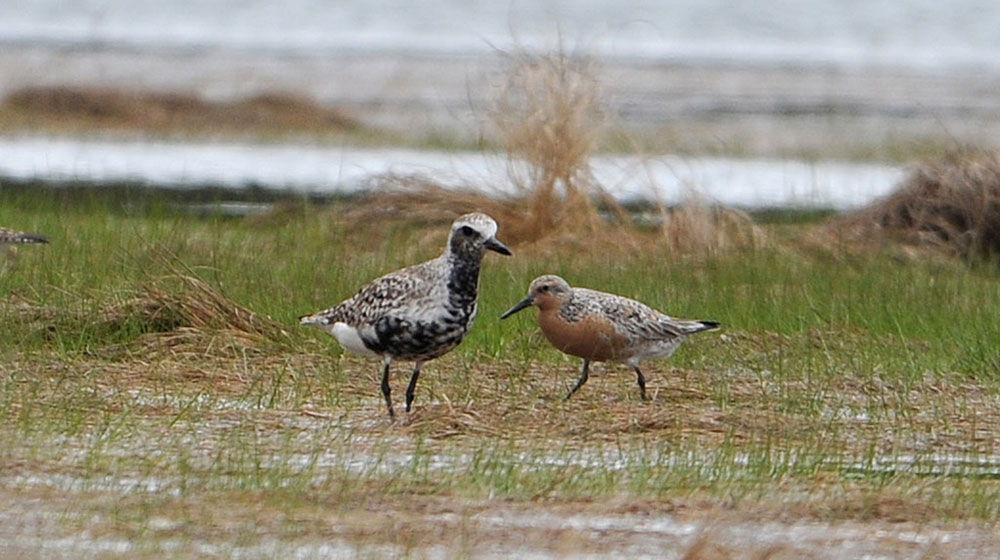 Studies document that shorebirds are more affected by human disturbance than any other group of waterbirds. For shorebirds to satisfy their migratory energy requirements, our tidal flats must be brimming with food and people and pets need to keep their distance. Shorebirds also require undisturbed roosting areas above the high tide mark where they rest and digest between periods of intensive feeding. 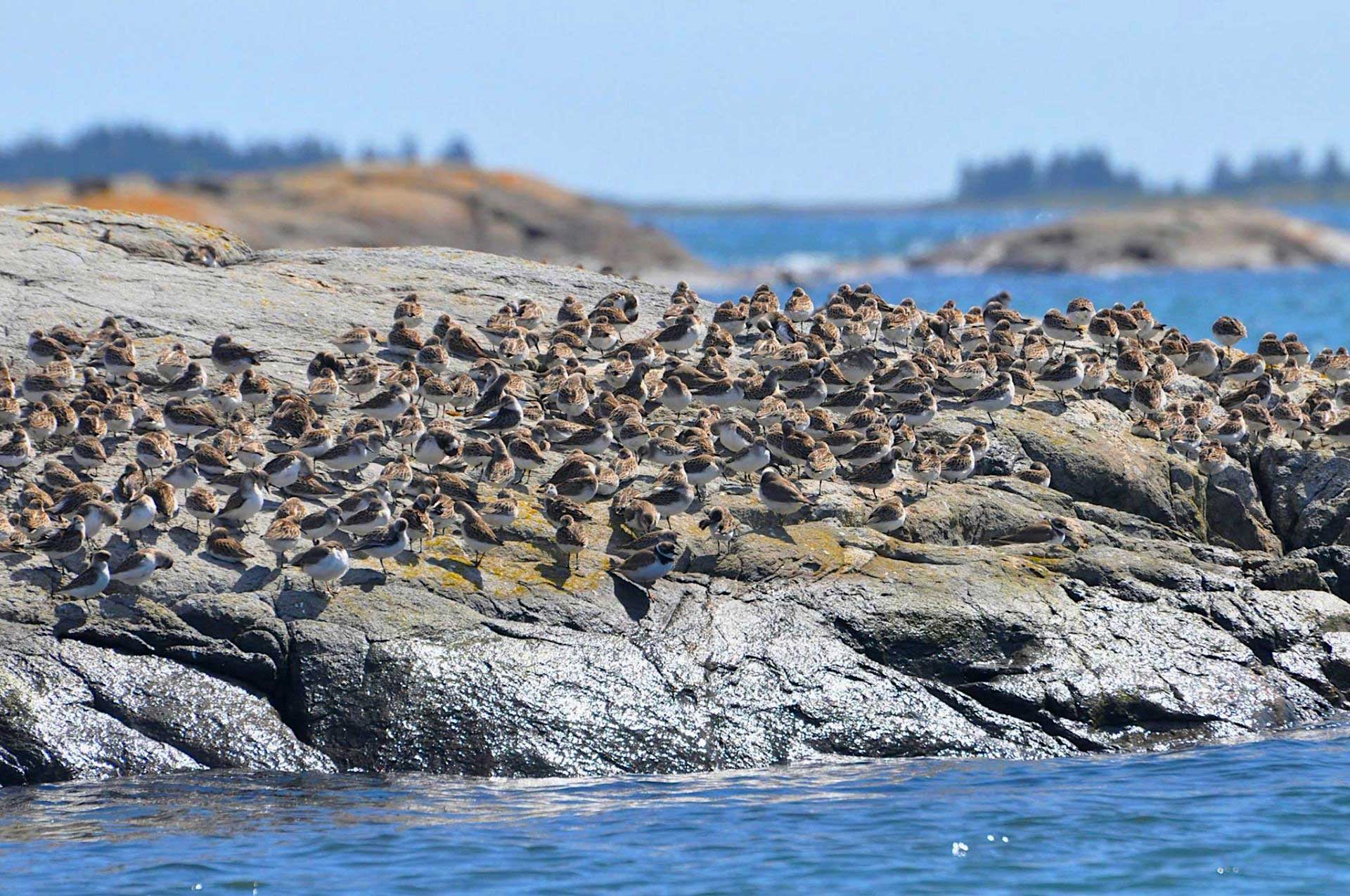 As Maine’s coastal lands succumb to development, fewer and fewer optimum shorebird staging areas, those along the migration route that provide adequate food in close proximity to suitable roosting sites, remain undisturbed. Shorebirds exhibit extreme fidelity to their traditional staging areas, which makes them particularly vulnerable when habitats are degraded by development and disturbance. Shorebirds are generally reluctant to relocate to new areas but will tend to “tough it out” when their habitat is compromised even if it means they don’t get enough food and their migration ultimately might fail.

Migrating species require an unbroken chain of habitats, each essential to a phase of their annual cycle of migration. If the chain is broken at any point an entire species could potentially be lost. At Pleasant River Wildlife Foundation we feel a keen responsibility to help protect staging areas that are vital to shorebirds and that exist only in Downeast Maine. These lovely visitors truly need our help if they are to continue to grace coastlines stretching from subarctic Canada to Patagonia. 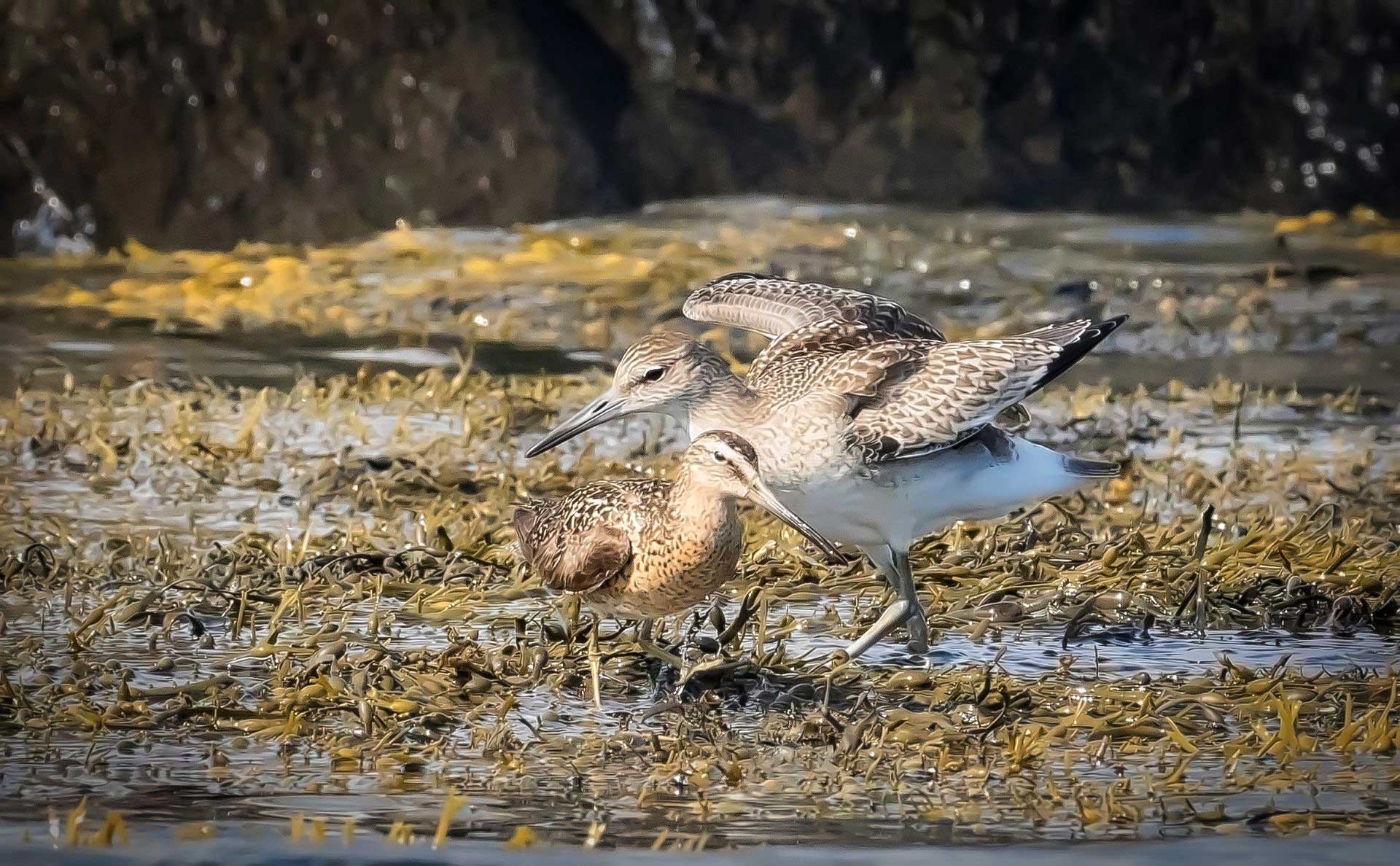 Willet and Dowitcher feeding in the Rockweed. 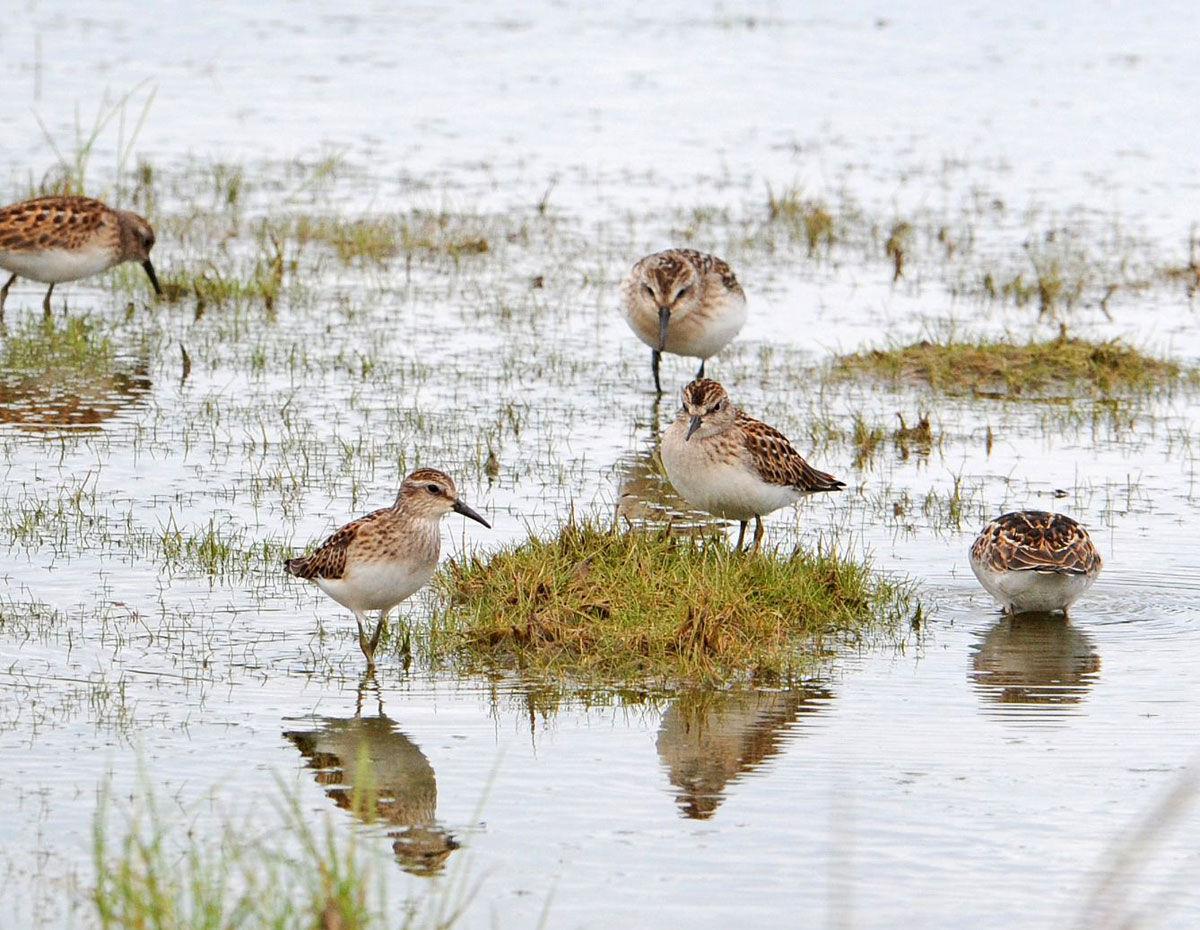