The Indian River is the dividing line between the towns of Addison and Jonesport to the east. Crowley Island, which is in Addison, is the dominant feature in the estuary of the Indian River; its 700 upland acres are connected to the mainland by a bridge.

The Indian River is the dividing line between the towns of Addison and Jonesport to the east. Crowley Island, which is in Addison, is the dominant feature in the estuary of the Indian River; its 700 upland acres are connected to the mainland by a bridge. The original bridge was destroyed many years ago by storms but was rebuilt by developers who had plans to create subdivisions along the shores of the island. They sold several lots on the west side of Crowley but with a declining market for small lots in rural Maine they decided to sell off the rest of their property, which was divided into two large lots, before the market got any weaker.

Together the two lots comprised 270 acres of uplands, 51 acres of freshwater wetlands and 196 acres of inter-tidal wetlands and three miles of shore frontage, over half the east shoreline of the island and a short stretch of the southwestern shore. The entire east side of Crowley is remote from human activity and fronted by small salt marshes, extensive mud flats and a lovely tidal cove inside 3-acre Bryant’s Island. This side of Crowley is important because the shoreline is superb shorebird and waterfowl habitat and the adjacent uplands provide excellent woodcock and ruffed grouse habitat. Protecting this island is a perfect fit for PRWF’s mission.

With the support of Maine Coast Heritage Trust and PRWF’s first major federal grant applications PRWF was able to purchase the two large properties in 2010. Subsequently PRWF has purchased a 2/3 share of Bryant’s Island and is currently negotiating to purchase the outstanding 1/3 share.

The southwest tip of the island is also protected as it is under a Downeast Coastal Conservancy easement. The frontage is more rocky but also has excellent waterfowl habitat as well as rockweed beds. 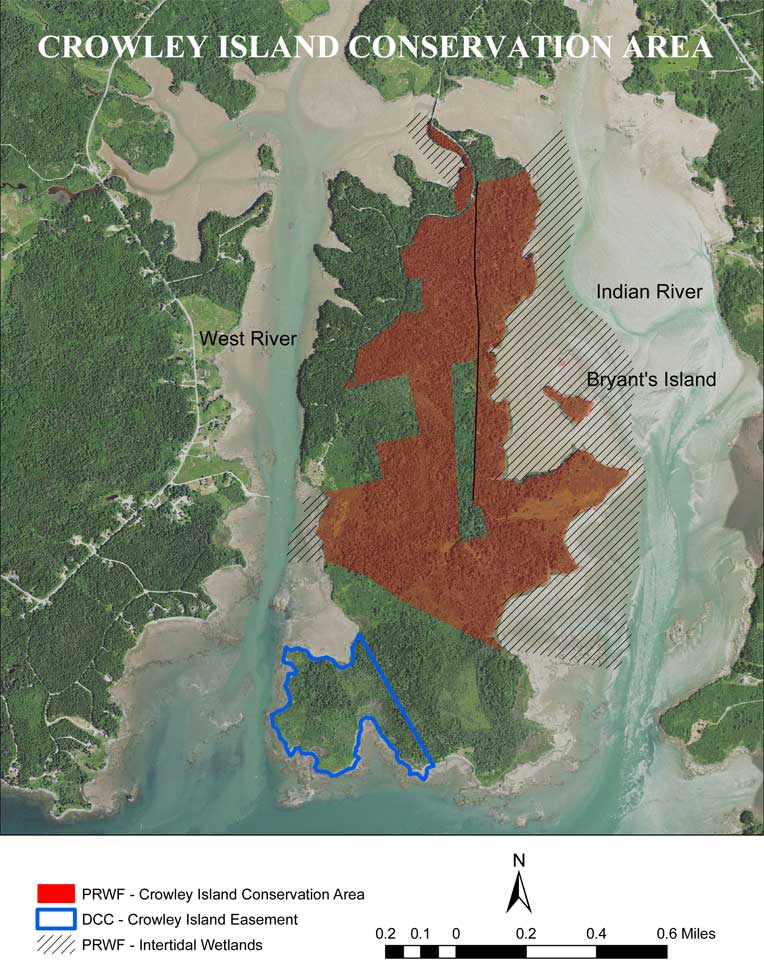 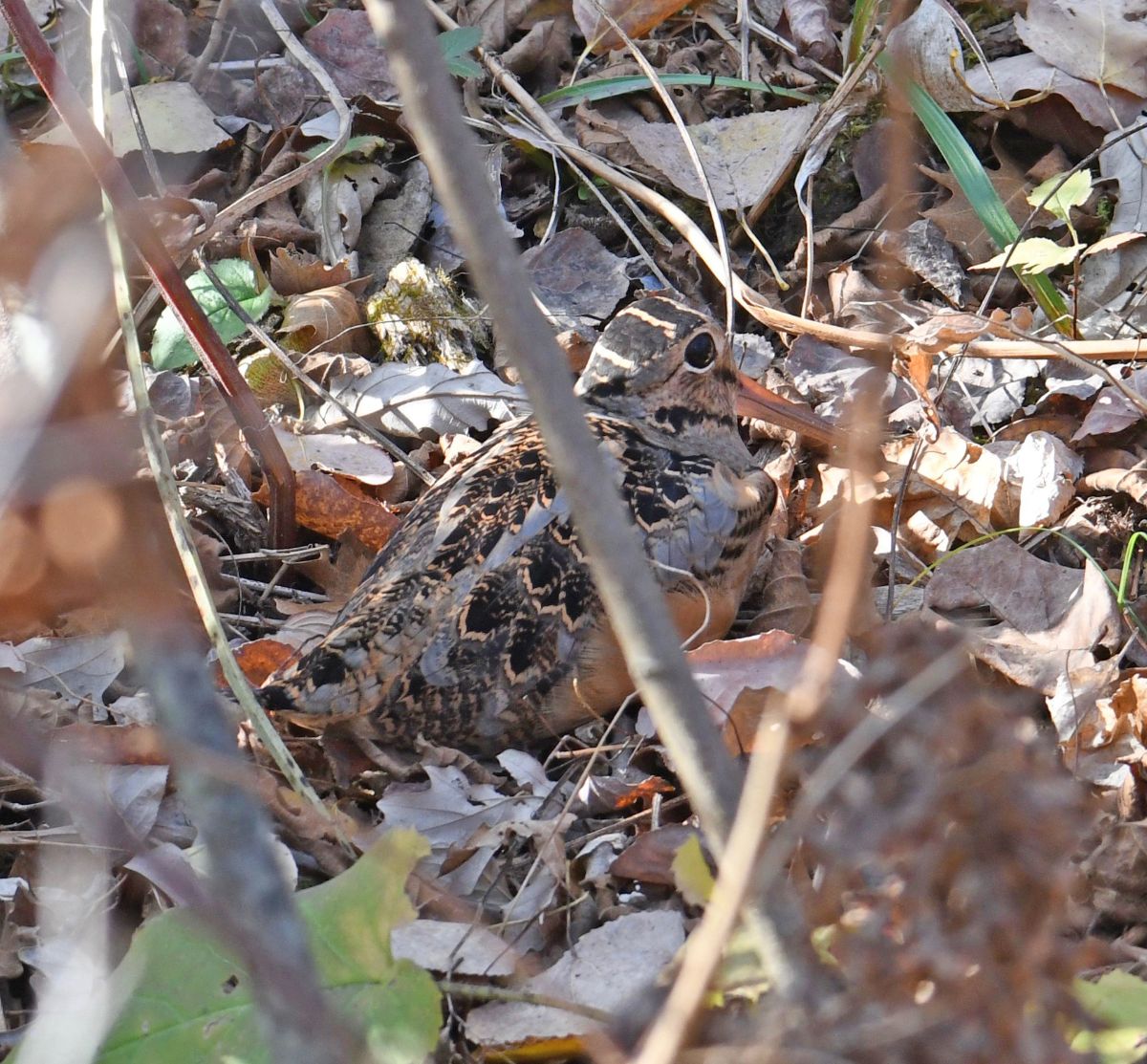 One of the reasons that Crowley Island is important is because it has extensive woodcock habitat. The woodcock feel safe hiding in the brushy growth that is slowly overtaking some of the old farmland and they can perform their spring mating dances in the fields that PRWF keeps open by annual mowing. See the section on woodcock for more information. 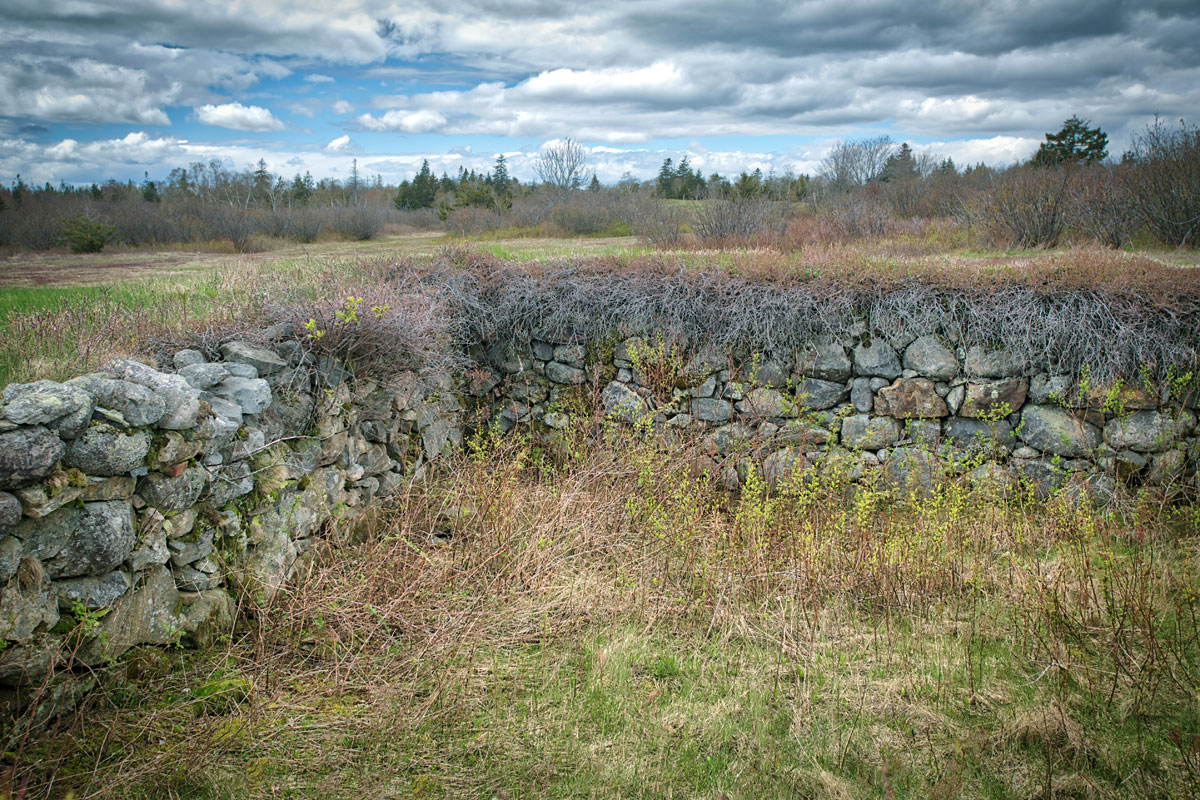 If you wander around on Crowley Island there is a lot of evidence that people once lived on the island making a livelihood by farming. There are ancient apple trees, overgrown fields and cellar holes that were carefully constructed. The people would have had easy access to harvest the shellfish on the extensive mud flats. Then, as now, deer and waterfowl would have been plentiful. 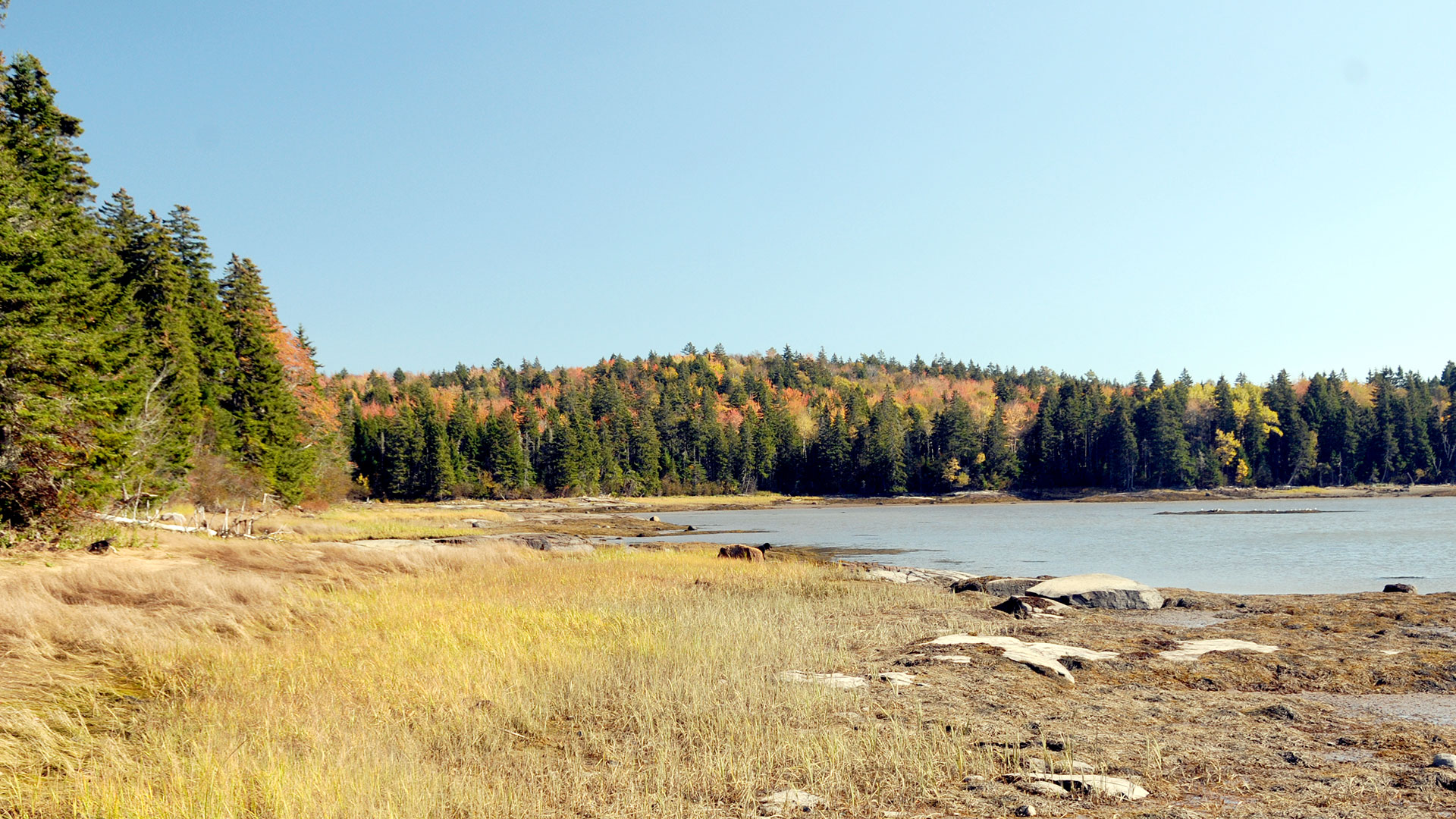 In the fall the marsh grass that was lush green in the spring turns brown. Teal and Black Ducks can feed on the seed fattening up for migration or to winter over in Maine. 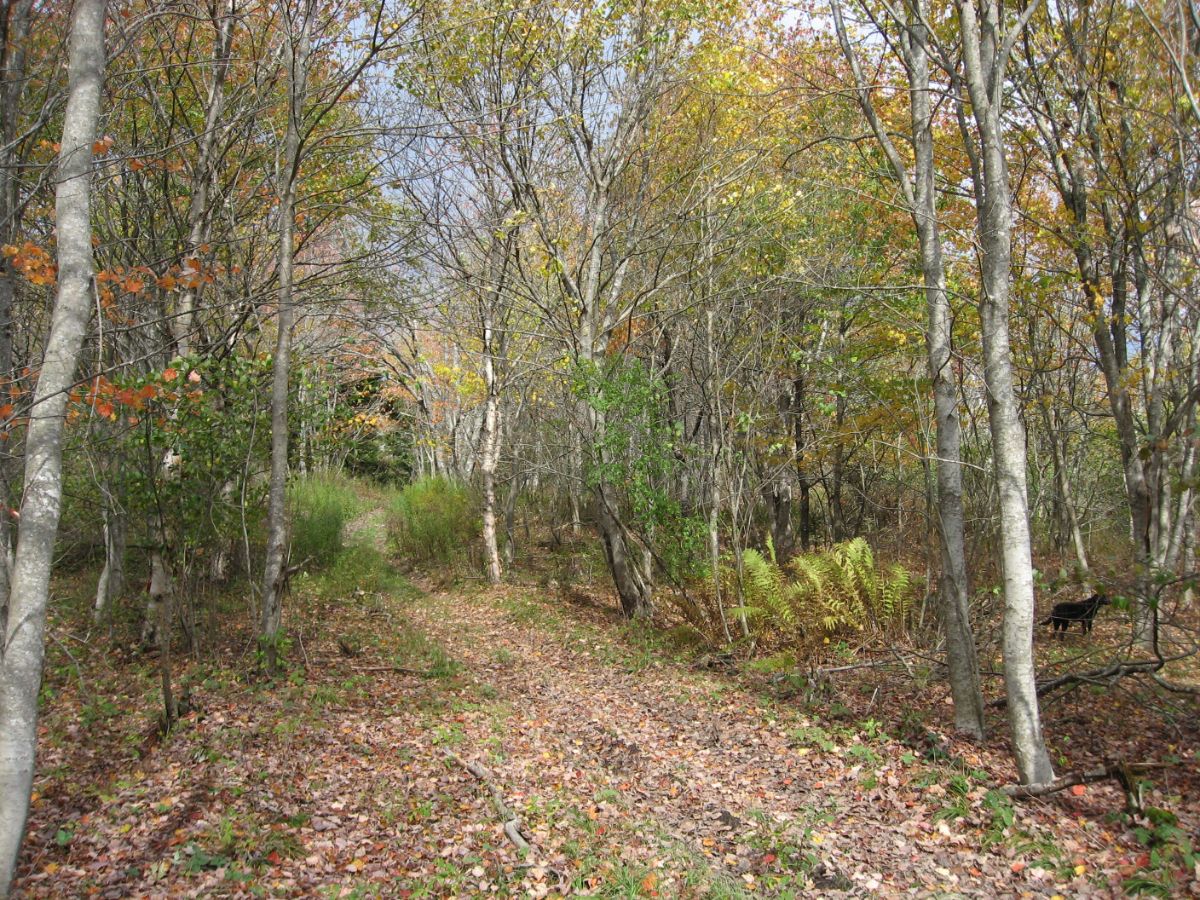 There is an old town road that runs north-south the length of the island which is perfect for bird watchers, hunters or simply talking a stroll. 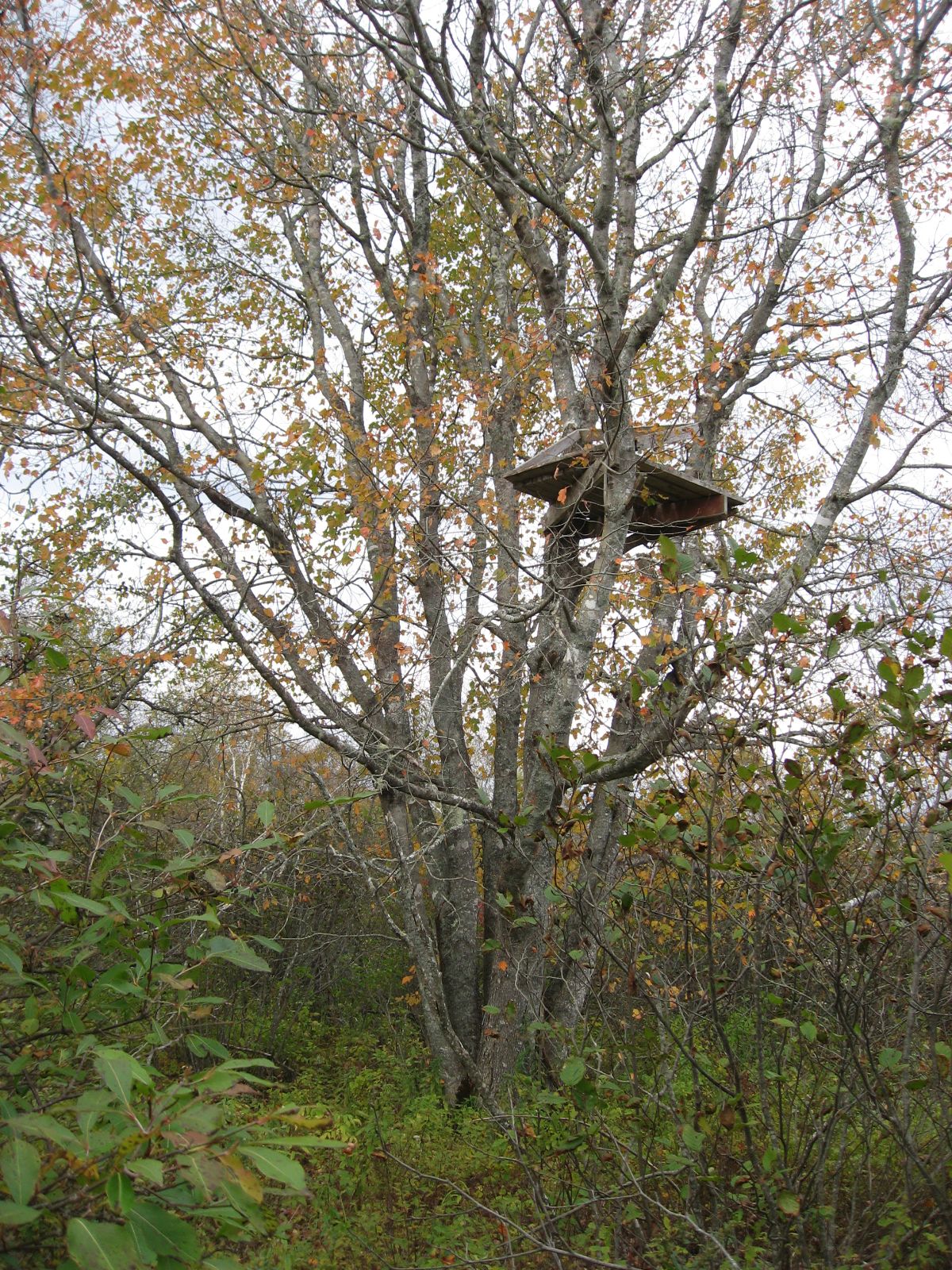 PRWF properties are open to hunting and Crowley provides opportunities to hunt for woodcock and deer. Please ask for permission before putting up a deer stand. 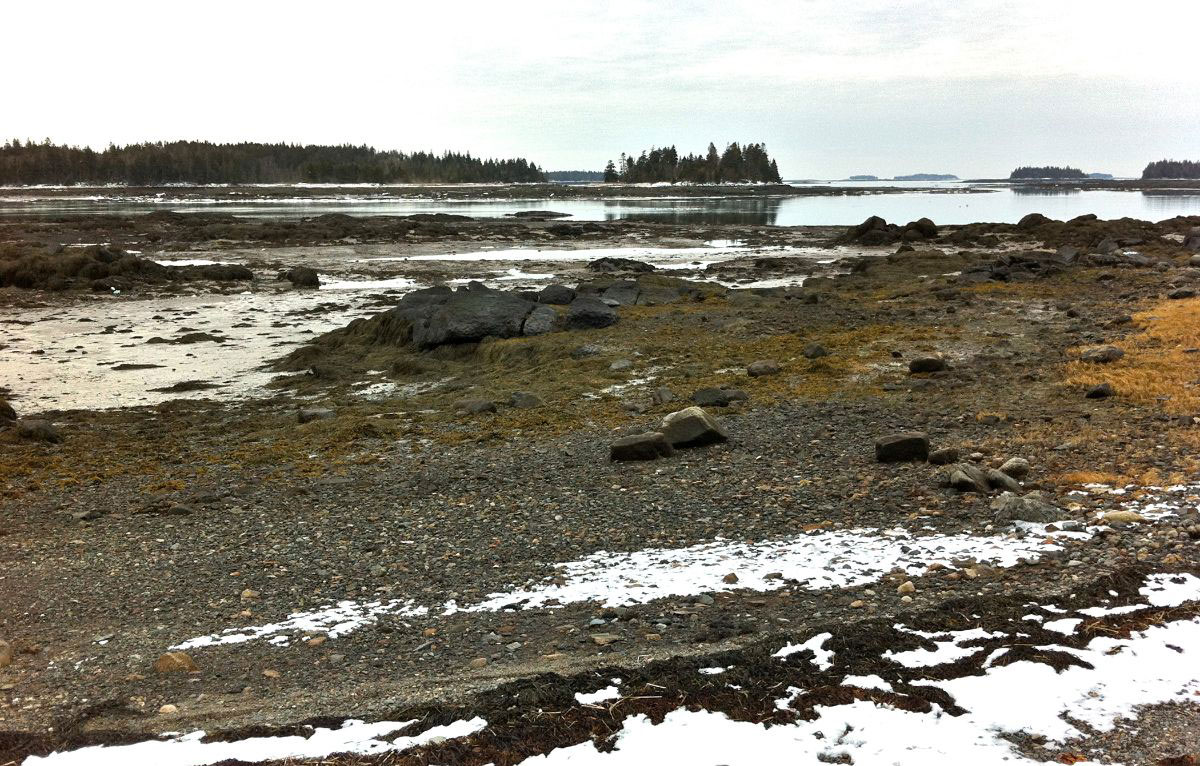 When the tide is out and the mud-flats are exposed clammers can dig for clams. The rockweed which provides food for many species lays exposed on the rocks but when the tide comes in and covers the flats it will be floating again.