In November of 2014 Pleasant River Wildlife Foundation purchased the central section of the island located near the head of Pleasant Bay in Addison, known locally as Marsh Island. In July of 2018 the abutting southern portion of the island was purchased by a conservation-minded buyer who felt that it was important to protect the property from the potential of development despite some title issues. Because PRWF is responsible for monitoring both parcels we consider them both to be part of the Marsh Island Project Area.

Together the two parcels have 32 acres of uplands and as much as 65 acres of wetlands. Most of the wetlands are part of a lovely salt marsh system that extends from the shores of the island to the mainland to the west. The remnants of dykes at both the northern and southern ends of the marsh are evidence that the marsh was farmed for salt hay, probably until early or middle in the 20th century.

The salt marsh on the western shore of Marsh Island is the reason that protecting these properties is so important. Salt marshes are transitional habitat between the ocean and the land and are among the most productive ecosystems on earth. Addison’s salt marshes provide vital food for clams, crabs and juvenile fish and thus are critical for healthy marine fisheries in this part of the Gulf of Maine and for the many fishermen who call Addison home. These salt marshes also offer shelter and nesting sites for several species of waterfowl including Maine‘s iconic black duck. Marshes also buffer stormy seas, slow shoreline erosion and can absorb runoff nutrients before they reach oceans and estuaries.

With climate change and rising sea levels our salt marshes are facing the potential threat of being drowned, but there are two factors that help reduce the threat for Marsh Island. First, estuarine waters slow down as they pass over the marsh with the rise and fall of the tide dropping the sediment which they are carrying and raising the marsh soil in concert with rising waters. Additionally, because there are no natural or man-made barriers the marsh can migrate horizontally taking over the island itself as the sea level rises. This migration into abutting low-lying areas could offset much of the loss of existing salt marsh, keeping the marsh healthy and productive for many years to come. 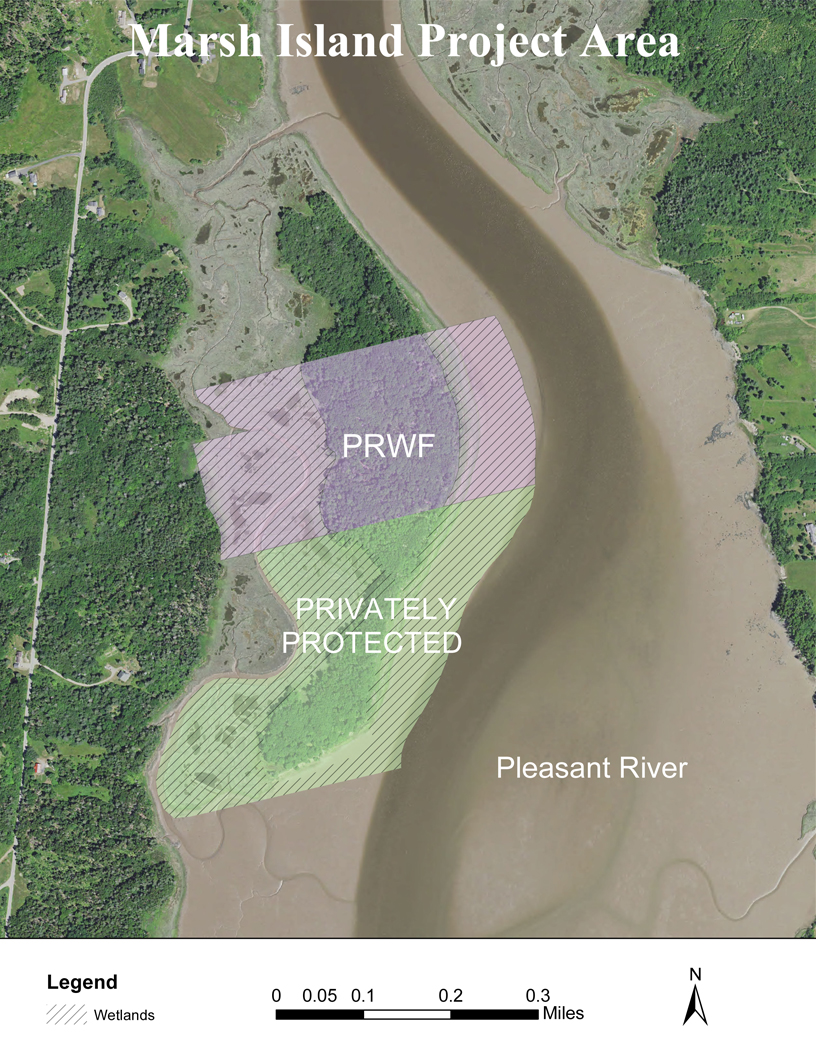 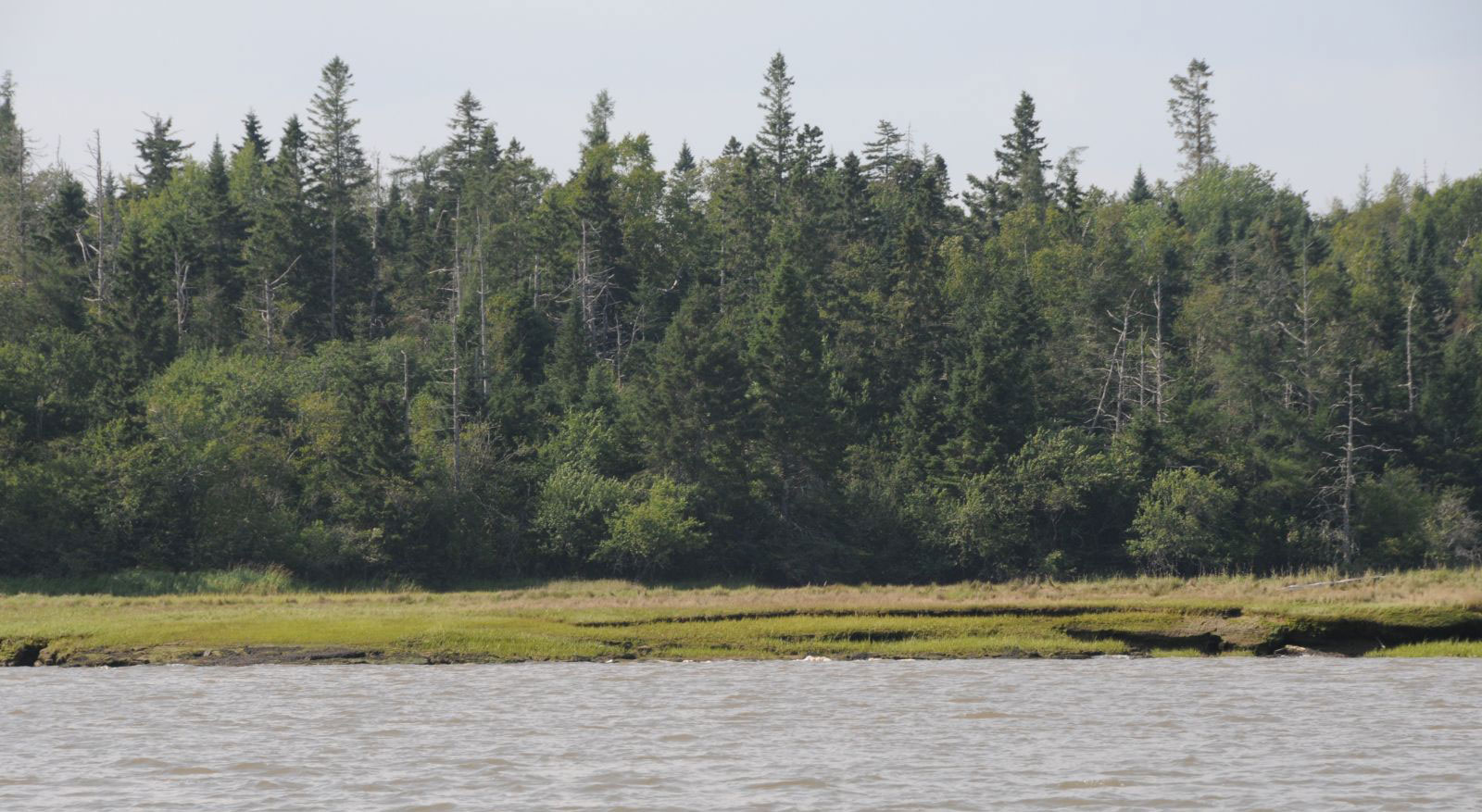 This is a view of the eastern shore of Marsh Island from the Pleasant River. The island is wooded and mostly less than 10’ above sea level.

With the leaves off the trees it is easier to see that Marsh Island is very low lying.

A small tidal creek runs between Marsh Island and the shore to the west. Dykes were built at both the northern and southern ends and the marsh, historically known as the Plummer Dyke marsh, was farmed for salt hay.

It’s still possible to see where the dyke at the southern end of Marsh Island was located. It blocked the free flow of water between Pleasant Bay and the stream that runs along the length of Marsh Island.